The 17,623 ha Shovelnose property is located near the southern end of the Spences Bridge Gold Belt (SBGB), approximately 30 km south of Merritt, British Columbia. The property is accessible by the Coquihalla Highway (BC Provincial Highway #5) at the Coldwater exit, then by a series of logging roads to the northern and southern portions of the property. 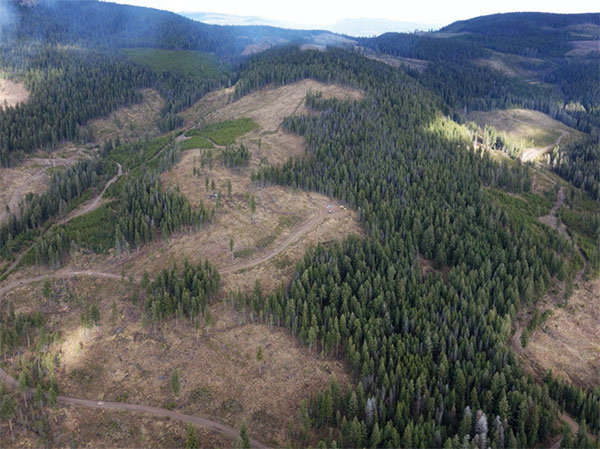 The Shovelnose claims cover prospective stratigraphy in the southern SBGB, a 110 km northwest–trending belt of intermediate to felsic volcanic rocks dominated by the Cretaceous Spences Bridge group. These relatively underexplored volcanic rocks are highly prospective for epithermal style gold mineralization. Low-sulphidation epithermal gold quartz veins occur throughout the range of Spences Bridge Group stratigraphy. Westhaven has a 100% interest in this property subject to a 2% NSR. Westhaven has the option  to purchase 1% of the 2% NSR back for $500,000. 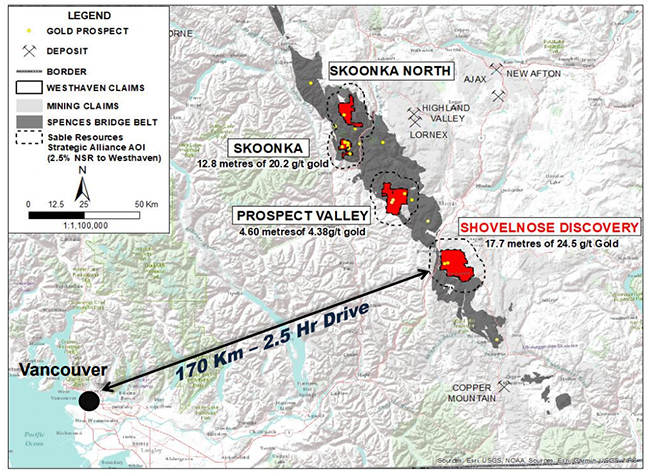 Westhaven has drilled approximately 390 holes in just over 144,000 metres of diamond drilling since the companies inception in 2011 and approximately $30 million dollars has been spent on exploration and drilling at the Shovelnose Gold Property.

In January 2022, the company announced the results from its Mineral Resource Estimate (MRE) at its 100% owned 17,623-hectare Shovelnose Gold Property. The initial open-pit constrained MRE reported below (Table 1) is of the South Zone, and was completed by P&E Mining Consultants Inc., based on a total of 145 surface drill holes (56,491 m), 25,920 drill core analyses, 3,302 bulk density measurements, and preliminary metallurgical testwork. 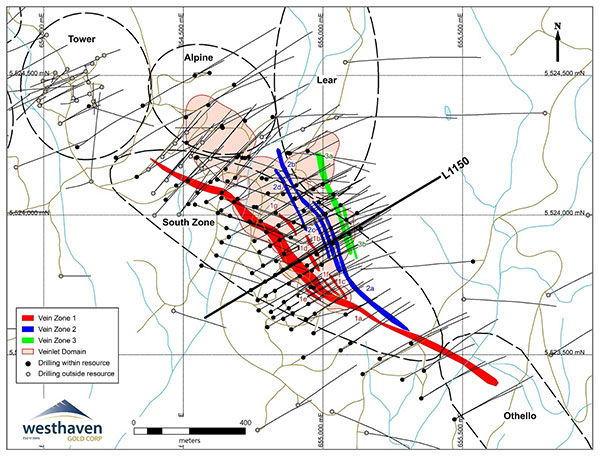 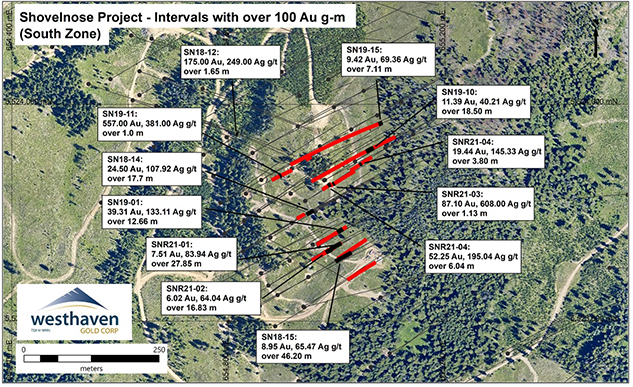 Between the 19th and 20th centuries the discovery of placer gold 75 km to the northwest of Shovelnose ignited the Fraser and Thompson Rivers gold rush (Balon, 2005). Placer gold was mined from gravel bars on major tributaries in the Ashcroft-Lytton-Lillooet district. In particular, the Nicoamen River, located 23 km northwest from Shovelnose Mountain, played a role in initiating the gold rush in the Merritt region.

In 2013 Westhaven completed programs consisting of prospecting, geophysical Induced Polarization and ground magnetic geophysical surveys (3.75 line-km on 5 lines) and diamond drilling (8 holes totaling 1,043.0 metres) in the Tower zone area. The main focus of the 2013 drill program was to test extensions of mineralization at the Tower zone.

In 2014 Westhaven completed 6 diamond drill holes totaling 662.5 metres. The drill program was designed to test for extensions and the potential for a possible feeder zone bearing higher grading gold mineralization below or along strike to SN-12-04. One hole was drilled in the MIK showing to possibly undercut gold mineralization discovered during the 2011 drill program.

In 2017 a ground magnetics survey was completed over the Tower and Alpine Zones. A northeast trending linear magnetic low was noted truncating the southern extent of the chargeability anomaly.

Drillholes 17-06 and 17-07 targeted the linear magnetic anomaly (Figure 6). Drillhole 17-06 (Az 110°, Dip -50°) was collared 210 metres southwest of drillhole SN16-02. Drilling intersected an upper unit of silicified rhyolite tuff to 266 metres depth, underlain by heterolithic, welded, and rhyolite tuffs to 447 metres depth which were underlain by andesites and basalts to 506 metres depth. Although west dipping quartz veining was noted from bedrock surface to 477 metres depth, gold mineralization was most prominent within the upper rhyolite tuffs averaging 0.52 g/t Au and 1.4 g/t Ag over 85.0 metres (Figure 11). Within this zone higher grading intervals include 1.02 g/t Au and 2.5 g/t Ag over 17.0 metres.

Drillhole 17-07 (Az 110°, Dip -50°) was collared 120 metres northeast of 17-06. Drilling intersected silicified rhyolite tuffs from bedrock surface to 293 metres depth, underlain by heterolithic tuffs to the end of the hole at 431 metres depth (Figure 12). Numerous steeply dipping basalt dykes were intersected near the bottoms of both 17-06 and 17-07. Similar to 17-06, west dipping quartz veining was noted throughout the hole and gold mineralization was most prominent within the near surface silicified rhyolite tuffs averaging 0.29 g/t Au and 1.1 g/t Ag over 101.0 metres. Within this area higher grading zones include 2.48 g/t Au and 5.4 g/t Ag over 5.7 metres.