Gareth Thomas, President & CEO of Westhaven states, "The recently reported drill intercepts in holes SN19-05 and SN19-06 demonstrate continuity of the wide, high-grade mineralization encountered in both the main vein zone and the second vein zone. The gold mineralization intersected in SN19-07, although low grade, is significant as it appears to represent the southward continuation of the main vein zone south of the cross-fault encountered in previous drilling. Ground geophysics appears to indicate several hundred metres of potential strike length to the southeast from our most southern South Zone drill intercept. We will test the South Zone along strike in the upcoming, fully financed drill campaign starting in early June. Drilling will look to expand this high-grade discovery while also looking to discover additional zones of gold mineralization outside of the south zone."

*Drilling to date is limited so true widths cannot be definitively determined. However, based on the geology of the vein zone with a steep dip to the west, true widths are estimated to be about 80-90% of reported interval lengths. Please see the plan map and cross sections below or visit: http://westhavenventures.com/projects/shovelnose-gold/details/

Peter Fischl, Exploration Manager, stated, “This program is noted for continuing to return bonanza gold grades, including the best hole ever drilled at Shovelnose, hole SN19-01 (39.31 g/t Au over 12.66m, 497 gram-metres Au) and for confirming the potential for mineralization in the south fault block with the drilling of SN19-07. This hole has extended the strike-length of Zone 1 southeast into the south fault block for a total of 550 metres. Drilling is now planned to continue targeting the southeastern trend of Zone 1 into the south fault block in addition to the resistivity anomalies defined along the projected southeastward continuation of Zone 1.”

The deeper portions of hole SN19-05 encountered a second vein zone correlated to Zone 2 at 307.00-388.00m depth. Although dominantly comprised of centimetre scale veinlets, it locally returned assays of up to 14.50 grams per tonne over 1m within a broader interval returning 0.80 grams per tonne Au over 85.80m. This zone will be tested with an upper cut to assess for a more constricted zone of wider and higher-grade quartz veins up-dip.

Hole SN19-06 confirmed the southeastward continuity of Zone 1, now with a drilled strike-length of 490 metres extending from hole SN18-07 southeast at a strike of 135 degrees to hole SN19-06.

Hole SN19-07 was drilled from the same location as SN19-06, but more easterly at an azimuth of 075o to test for the location of an inferred cross-fault that may displace the vein zones defined to the north.  This hole was collared in the south fault block. This hole returned a quartz veined interval of 1.06 g/t Au and 3.05 g/t Ag over 13.00m (232.00-245.00m), which includes quartz vein intersections of up to 3.40m wide. This intercept is on-trend with veining in the north fault block and may represent the southeastward continuation of Zone 1 into the south fault block. This suggests that lateral displacement of the South Zone vein system is minimal across this fault. Most of the displacement is vertical, but the lack of orange-pink potassium feldspar in the quartz veining here, which is typical of the deeper roots of the vein zones in the north fault block, suggests there is potential for preservation of the mineralized quartz veining. Additional drilling is therefore planned, following the trend of Zone 1 to the southeast into areas of high resistivity within the south fault block.

Hole SN19-08 was drilled in the south fault block as an upper cut to SN18-19, testing the shallower portions of quartz veining and silica-pyrite healed rhyolite breccia encountered in hole SN18-19. This hole encountered andesite and andesite tuff breccia over its length, suggesting the presence of a reverse fault that has uplifted andesite basement westward over the quartz veined and brecciated rhyolite and rhyolitic tuffs.  This andesite body appears as a magnetic high flanking Zone 2 veining to the northeast in the north fault block.

Core samples were prepared using the PREP-31 package in ALS’s Kamloops facility each core sample is crushed to better than 70 % passing a 2 mm (Tyler 9 mesh, US Std. No.10) screen. A split of 250 g is taken and pulverized to better than 85 % passing a 75 micron (Tyler 200 mesh, US Std. No. 200) screen. 0.75g of this pulverized split is digested by Four Acid and analyzed via ICP-MS (method code ME-MS61m (+Hg)), which reports a 49-element suite of elements. All samples are analyzed by Fire Assay with an AES finish, method code Au-ICP21 (30g sample size). Additional Au screening is performed using ALS’s Au-SCR24 method, select samples are dry screened to 100 micron. A duplicate 50g fire assay is conducted on the undersized fraction as well as an assay on the entire oversize fraction. Total Au content, individual assays and weight fractions are reported. All analytical and assay procedures are conducted in ALS’s North Vancouver facility. A QA/QC program included laboratory and field standards inserted every 25 samples. At least one field blank is inserted in every batch of 25 samples, with additional blanks inserted following samples with visible gold.

Westhaven owns a 100%-interest in 4 properties covering over 35,000 hectares within the prospective SBGB, which is situated within a geological setting like those which host other significant epithermal gold-silver systems. It is close to major transportation routes and infrastructure allowing for cost-effective exploration. The SBGB is a 110-kilometre northwest-trending belt of intermediate to felsic volcanic rocks dominated by the Cretaceous Spences Bridge Group. Talisker Resources and Westhaven have a combined control of 86% of the SBGB (225,000ha). Any ground staked by Talisker within 5 kilometres of Westhaven's existing projects will be subject to a 2.5% NSR. In addition, Westhaven has a 30-day Right of First Refusal (ROFR) for a three-year period on any of Talisker’s properties outside this 5-kilometre radius.

Westhaven Ventures Inc. is a Canadian based exploration company focused on the acquisition and exploration of prospective resource properties. Westhaven is focused on advancing its Shovelnose, Prospect Valley, Skoonka and Skoonka North gold projects in British Columbia. Westhaven trades on the TSX Venture Exchange under the ticker symbol WHN. For further information, please call 604-681-5521 or visit Westhaven’s website at www.westhavenventures.com 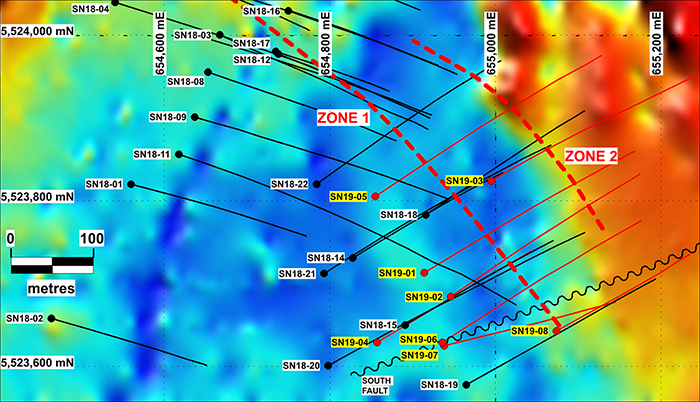 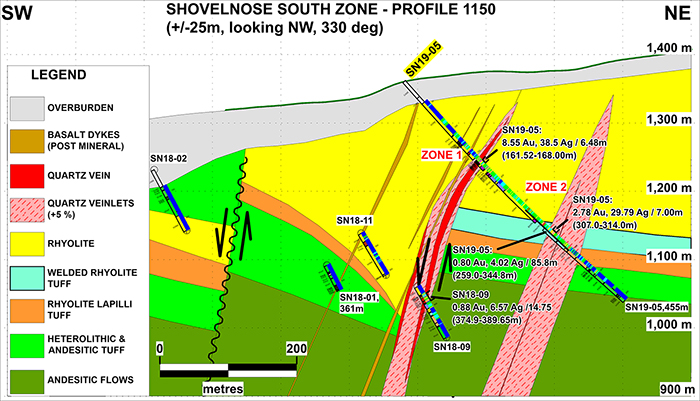 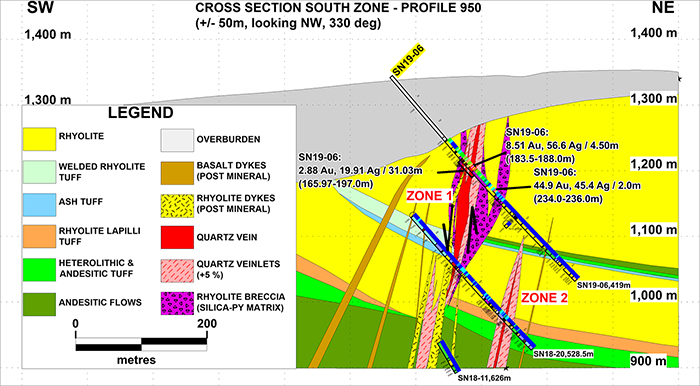 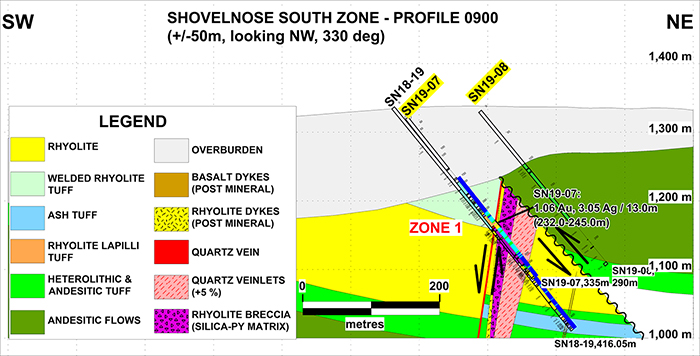