Westhaven has completed another 2,183 metres (m) of diamond drilling in 5 holes. Due to a scheduled holiday break, pending assays will be released in early 2019 when received.

Gareth Thomas, President & CEO of Westhaven stated, “This newly discovered second vein zone has the potential to significantly increase the size and scale of the South Zone gold discovery. We are planning to initiate a fully financed drill program in early 2019, not only to follow-up on recent drilling success in the South Zone but to drill test targets generated from recently completed magnetic surveys (geophysics initiatives).”

Westhaven owns a 100%-interest in 4 properties covering over 35,000 hectares within the prospective SBGB, which is situated within a geological setting like those which host other significant epithermal gold-silver systems. It is close to major transportation routes and infrastructure allowing for cost-effective exploration. The SBGB is a 110-kilometre northwest-trending belt of intermediate to felsic volcanic rocks dominated by the Cretaceous Spences Bridge Group. Sable Resources and Westhaven have a combined control of 86% of the SBGB (225,000ha). Any ground staked by Sable within 5 kilometres of Westhaven's existing projects is subject to a 2.5% NSR. In addition, Westhaven has a 30-day Right of First Refusal (ROFR) on any properties outside this 5-kilometre radius. 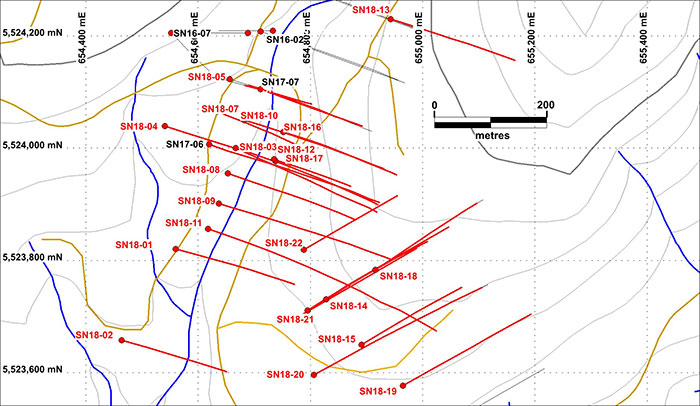